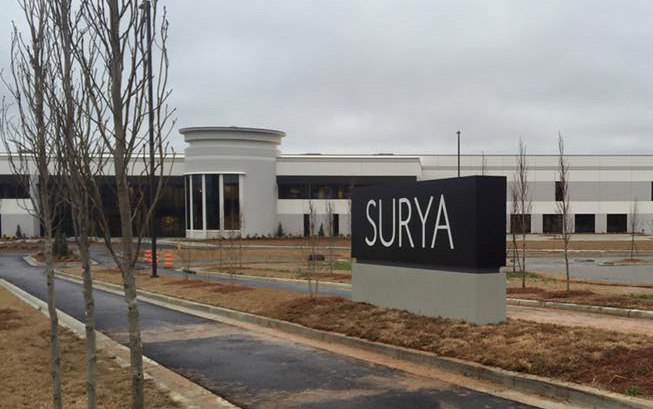 Surya, the India based supplier of rugs and other decorative products, is building the million-plus square foot distribution center and headquarters off Cass White Road not far from the Anheuser-Busch Cartersville brewery.  In doing so it will consolidate several other of its north Georgia facilities. 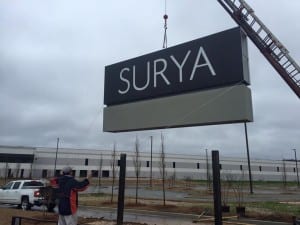 The newly fabricated 18 foot wide monument sign sits quietly on the approximately 75 acre tract of land awaiting the day-to-day activity of the new facility. Its concrete finish base is topped with a black aluminum cabinet containing routed letters and internal LED lighting.

It has been projected that the enterprise would add 200 new jobs to the site, as announced by Governor Nathan Deal in 2014.

Get a Free QuoteRequest Quote